© Price Of My Pig • Theme: Mk by Level9themes

Price of My Pig – About Us 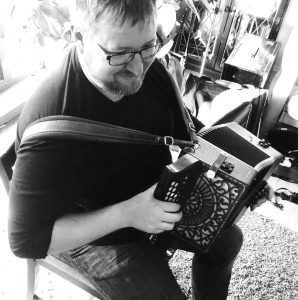 Ben Farmer is considered a “highly talented & versatile accordion, melodeon, keyboard, bass and ukelele-ist, music teacher and workshop leader”(AndyHornby.net), who’s been playing for and dancing to folk music from an early age.

He is a multi-instrumentalist, caller and sound engineer and is regarded by many as something of an ‘expert’ in melodeon, accordion and ukuleles, working with Folkus (Folk Arts North West), More Music and Charanga among others. “Formidable squeezing” Lancaster Jazz Festival 2014.

Ben has a degree in Popular Music from LIPA (Liverpool Institute for the Performing Arts) and plays regularly with Richard Moss and others as well as doing guest appearances with many others and leading the thrilling ceilidh and concert band: Price of my Pig.

Since sometime in the early 90’s James Bentley has been playing bass. Electric, acoustic, horizontal and upright, with or without frets. Mostly with Folk and Rock bands but there have been occasional outliers. Festivals, parties, clubs, pubs, fields and hedgerows, gigs have been many and varied. Some tense,  somewhat intense, some in tents. Happy to provide low-end entertainment for all comers, happiest with an instrument in hand and good folks to play with. 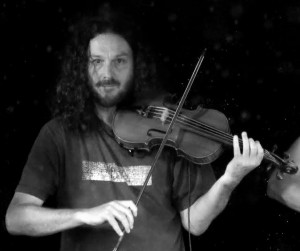 Paul Ferguson plays fiddle and as well as playing with the Price of my Pig also plays in The Balkanics and a Lancaster-based Irish trad. quintet. He learnt to play in pubs in the west of Cumbria, the west of Ireland and the west of Brittany as well as at various festivals across the UK and Europe.

Although his style is predominantly influenced by the Irish and Scottish traditions he is also interested in the rhythmic possibilities offered by the time signatures found in East European trad. dance music.

Paul Beevers – guitar and bouzouki – has been active on the Lancaster folk scene for many years.

He has played guitar and bouzouki in numerous traditional ceilidh and dance bands, and currently plays bass in Baksheesh (groove-based Balkan tunes) and bouzouki/ mandolin in a new Lancaster- based trad. quintet, as well as comprising part of the powerful rhythm section of Price of My Pig.

He also teaches music as a day job. 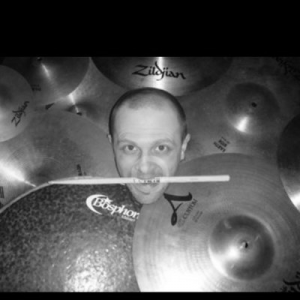 Tony Harrison started on the cornet at primary school. He found the drums and from the age of 12 he was performing in hotels in Blackpool for dancing. Tony kept an open mind, and played in a wide range of styles that include swing, brass band, thrash metal, concert band and theatre pit amongst many others.

Tony has a degree from Salford University in Popular Music and Recording and spent some years working with TV stars on shows, cruises and holiday seasons. He has spent the last 18 years as a drum tutor for Lancashire Music Service whilst remaining very active on the live music scene across many genres.